All Things to All People Since 1944

What brought us to Albuquerque in 1944? Simple. The weather.

Max Pollack and his bride left behind selling flowers in Detroit after the Great Depression, seeking the Southwest's better climate. Eventually he established Peoples Flower Shops downtown, opening a second location in the early 1960s. Early on, Max was also operating a wholesale division, a way to ensure that Peoples was always stocked with the best flowers and plants. It worked.

As the city grew around him, Max's business did too. In 1980, his son Wayne came on board. Now the president of Peoples, Wayne has steered the shop into the second generation. He's supported by a strong management team and employees who have stayed with the family for decades. Today, we have four locations, the better to serve more of the community we've called home for 70 years. 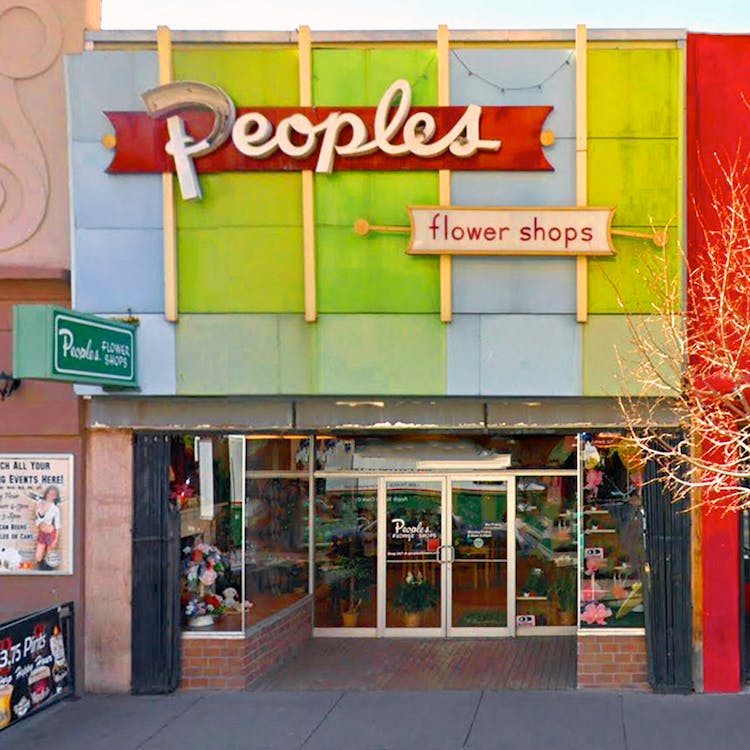 The brightly-colored vintage facade of our downtown Albuquerque showroom